This niche cryptographic technique could transform privacy in web3 – TechCrunch

Privacy is a core concern in crypto. Once you know a crypto wallet address corresponds to a certain individual, you can track all the transactions that individual has made through their wallet on any public blockchain, including Bitcoin and Ethereum.
Some cryptographers think the solution to crypto’s privacy concerns lies in zero-knowledge proofs (ZKPs), a technique that allows for a transaction to be verified on a blockchain without the underlying data being shared. While zero-knowledge proofs could indeed improve privacy and scalability for some of the most popular blockchains, they are far from being the only cryptographic method that could accelerate progress in web3.
Ravital Solomon, co-founder and CEO of Sunscreen, thinks fully homomorphic encryption (FHE) is even more promising in its potential to bolster privacy in web3. The technology allows for individuals to perform computations on encrypted data without needing to decrypt it, Solomon explained. One of the obvious use cases that comes to mind is for financial institutions, which could use FHE to slice and dice transaction data to detect potential fraud while maintaining more privacy for customers than is currently the norm.
“Zero-knowledge proofs are really exciting in terms of what they can offer to web three. There are all these exciting applications for gaming and identity, but zero-knowledge proofs aren’t necessarily the be-all and end-all for crypto or privacy. I think of it as if you are going for a meal. Right now, zero-knowledge proofs are presented as, ‘this is the only utensil you possibly need to eat your entire meal,’ whereas I don’t think that’s necessarily true. Fully homomorphic encryption is a different kind of privacy technology, and you can think of it as complementary to zero-knowledge proofs,” Solomon, who earned her master’s degree from the University of Oxford in mathematics and theoretical computer science, said. 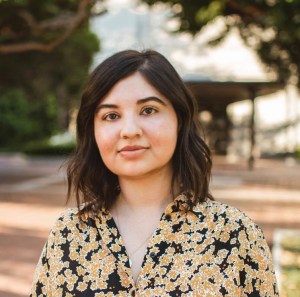 Sunscreen founder and CEO Ravital Solomon. Image Credits: Sunscreen
Part of the challenge with zero-knowledge proofs is that using them can be pricey. Solomon explained that many projects built with ZKPs expect users to have computing power far beyond what the average consumer would have at home in order to perform as intended. That’s why she decided to work on Sunscreen, a startup that aims to boost the development of FHE technology.
“Instead of the user needing these crazy machines that are potentially even servers — forget about laptops — fully homomorphic encryption is much more lightweight [than ZKPs] for the user. So you can still get privacy for different kinds of transactions and computations, but you can get it for a reasonable cost, even on a laptop,” Solomon said.
Solomon co-founded Sunscreen last year alongside threshold cryptography veteran MacLane Wilkison of Y Combinator-backed NuCypher, which is where Solomon was working when she first had the idea to work on bringing FHE technology to market. Wilkison, now Sunscreen’s advisor, encouraged Solomon to start a company around her idea.
Today, Sunscreen’s three full-time employees (including Solomon) have developed a compiler to make it easier for engineers to build FHE programs. The company also announced the launch of a grants program that will allocate up to $500,000 ($50,000-$75,000 per project) to fund proposals from developers, academics and researchers that utilize FHE, Solomon said.
To fund these initiatives, Sunscreen just raised $4.65 million in a seed round led by Polychain Capital with participation from Northzone, Coinbase Ventures, dao5 and Naval Ravikant. Some of Solomon’s former NuCypher colleagues also participated in the round as angel investors, including Entropy founder Tux Pacific. The raise will supplement a $570,000 pre-seed Sunscreen previously raised, Solomon said.
If FHE is so promising, I asked Solomon, then why isn’t it already more popular in web3, which seems to be a natural fit for its attributes?
Solomon explained that it’s very difficult to write FHE programs because the space is still so nascent, for one thing — which is part of why Sunscreen is building developer tools to simplify processes around it.
In order for the tech to be useful in the privacy realm, Solomon thinks a new layer-one blockchain is needed, something she plans to work on with Sunscreen in the long term that she says will have a bridge to Ethereum. With a new chain, technologists can build integrations between that chain and other protocols such as FileCoin to hide the underlying data from users, and can leverage both ZKPs and FHE together at a lower cost, Solomon explained.
FHE is a subset of lattice cryptography, an area Solomon said is still considered niche even within the cryptography space.
“My suspicion is that fully homomorphic encryption just recently became efficient enough to make sense for use cases in the last three to four years,” Solomon said. “Whereas maybe you and I think zero-knowledge proofs are niche, lattice cryptography [is even more so]. It’s just a very small group of people who even, I would say, have the expertise to sit and combine these different areas to solve problems. In web3, I think the space is growing, but it’s definitely five years behind zero-knowledge proofs.”

"The Growing Impact of Cryptocurrency in Today's World … – Net Newsledger