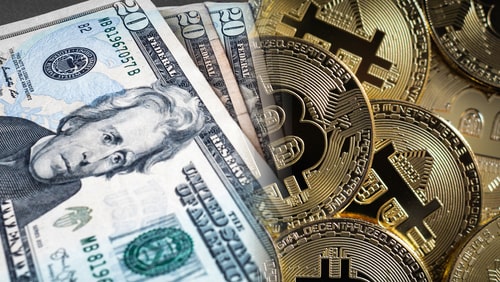 (Kitco News) The U.S. dollar will inevitably come to a clash with crypto for the reserve currency status, said Chess Grandmaster and Avast Security Ambassador Garry Kasparov.
Kasparov sees the U.S. dollar losing its reserve currency status with time as more people embrace crypto for its independence. He spoke at the Consensus 2022 conference being held in Austin this week.
When asked whether Bitcoin could pose a serious threat to the U.S. dollar in terms of dominance, Kasparov replied that it is “inevitable.”
“The dollar is getting weaker. At the end of the day, it is a reserve currency of the world. It’s like a black hole. We have a huge debt, and the government keeps adding more on top of that,” he said.
He described the entire financial system in the world as “a black hole,” noting that it is natural for people to be looking for means “to defend themselves against the gravity of this black hole.”
Kasparov added that it is just a matter of time — anywhere between five years or a decade from now — before that happens.
“A basket of crypto will become the dominant force. At the end of the day, people want to have financial assets that they can rely on. And can you rely on assets that are controlled by someone else?” he asked. “Globalization means that there will be less willingness to give the U.S. all the power to control the system by printing more [money].”
.@Kasparov63: Everybody who uses #Bitcoin contributes to freedom #Consensus2022 @consensus2022 #crypto pic.twitter.com/8aoGMcKRVA
He also spoke about freedom and digital privacy, stating that everyone who uses Bitcoin contributes to freedom. “Even if you don’t care about it, you create a tiny piece of free territory,” he said.
For Kitco News
Interactive Chart
Kitco
Connect
Tools
We appreciate your feedback.
How can we help you? 1 877 775-4826
Drop us a line info@kitco.com

How bad is the current state of crypto? On-chain analyst explains – Cointelegraph