Bringing you yesterday’s news from Japan and Asia, today.

But to TM an NFT is NG AFAIK.

There’s been a lot of talk about non-fungible tokens or NFTs recently, with a lot of the criticism calling the notion of paying for digital art that one doesn’t own “ridiculous.” But beyond all the ugly apes and Jack Dorsey tweets, there are other, more useful applications for this concept as well, and ABCRECORDS may have found one.
Short for “Authorized Bootleg Community Records,” ABCRECORDS is setting up a digital market place that lets anyone purchase digital music sources from the original creators directly via an NFT. Like always, the owner of the NFT does not have copyright to the music, but through this service they do gain commercial rights to it.
Upon purchasing the NFT, the owner immediately gets exclusive rights to use the music in their own social media projects such as background music in videos. Commercial rights to the music can also be obtained easily through ABCRECORDS simply by clicking on the application form which is submitted directly to the copyright owner.

The owner is also free to resell the NFT, but in doing so would lose the rights that come with it. And as a nice added bonus, in the event that the value of the NFT goes up, the original creator is ensured to get a cut of the resale price thanks to everything taking place on the blockchain.
The service was created by Japanese entertainment agency Allentertainment and Hiroshi Fujiwara, a designer and music producer who started out as a DJ in the ’80s and knows all too well the frustrations of sampling music with the existing copyright system. For example, in addition to the busy work of tracking down the proper channels to seek permission to use a sample, he would also have to go back and request permission each time it was used in different projects.
▼ Hiroshi Fujiwara, who may have had a little too much coffee before the photoshoot 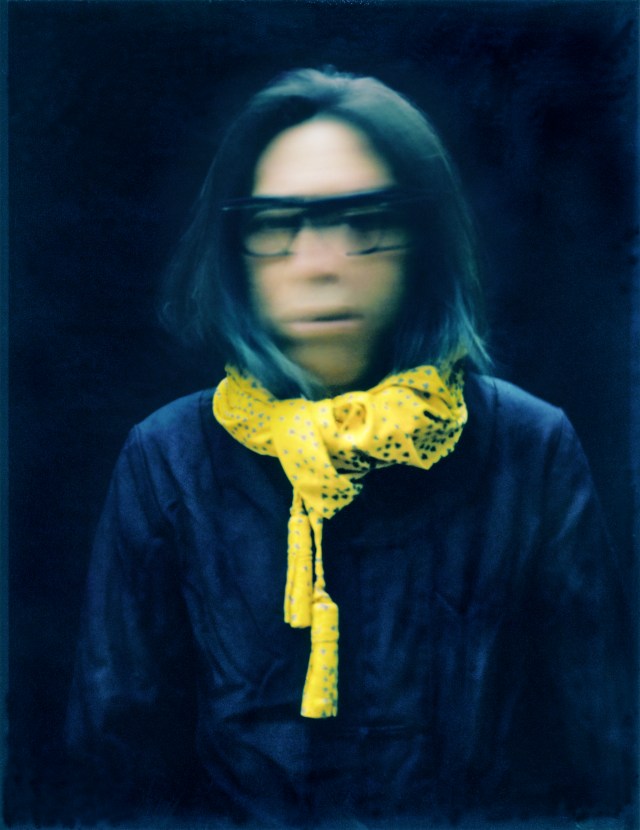 ABCRECORDS’ format streamlines that into a single application for commercial use, and because usage is limited to the NFT owner, it also prevents the music creator from getting inundated with requests and having to look into and vet each one.
More features are planned for this ambitious project down the road, but ABCRECORDS will first need to gather a large enough community of users to be able to thrive. The service will launch on 26 May with the first three pieces of music having been created by Fujiwara himself. Ten different versions of each track will go up for 24-hour auctions from the 26th to 28th, and since these are NFTs, all bids must be made in the cryptocurrency Ether.
It remains to be seen if this idea bears fruit, but it’s an interesting way to use the potential of NFTs and could really help to update and simplify the murky waters of copyright ownership and enforcement. This might even end up being Seiji’s ticket to success in the music industry.
Source, images: ABCRECORDS
● Want to hear about SoraNews24’s latest articles as soon as they’re published? Follow us on Facebook and Twitter!
Follow SoraNews24
© SoraNews24 -Japan News- / SOCIO CORPORATION