Another OpenSea bug strikes again. It’s a less-than-ideal way to end the week for the once blue chip NFT collection, Azukis. Holders of Azuki NFTs were awakened on Friday to an email from OpenSea that allegedly advised NFT owners that many Azuki NFTs were being delisted. The once blue chip collection has had a substantial fall from grace, but still commands high respect with a consistent floor price around 10 ETH lately.
While re-listings for the project appear to be happening throughout the day on Friday, the error represents another occurrence of ‘accidental delisting’ of a major project on OpenSea. Let’s take a look at more details from the situation and what we can expect next.
Speculation was in no short supply on Friday within the NFT community, as some individuals believed that it could be a major impact on the collection – rather than a mistake on OpenSea’s part. However, the official Azuki Twitter account and product manager Demna were swift in keeping an open line of communication with the community:
We have reached out to @opensea about the delisting emails sent to Azuki holders, awaiting response. Our working theory is that we are facing a similar error/issue as this one. Check Discord for live updates, @DemnaAzuki will also be tweeting as we work to resolve this issue. https://t.co/azJhiXzEE0
— Azuki (@AzukiOfficial) September 30, 2022

Demna has described the issue as a ‘technical error’ on OpenSea, and the NFT marketplace released a statement of their own on Friday morning, proclaiming that there was a “error in our Trust & Safety flagging system” that caused Azukis to be delisted, but that their team worked quickly to resolve the issue. 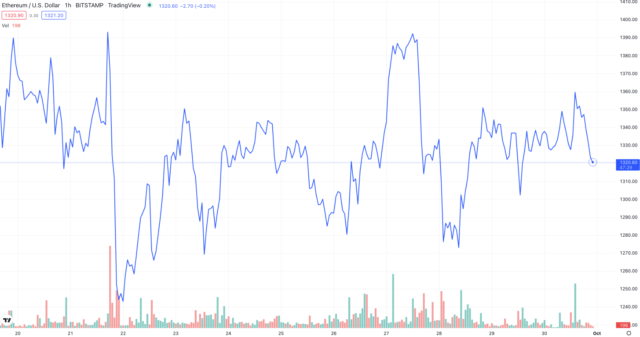 As the Azuki Twitter account referenced, this isn’t the first time we’ve seen this happen with a blue chip collection on OpenSea. Back in June, Bored Ape Yacht Club faced a similar dilemma, with OpenSea briefly delisting some of the BAYC collection. Overall, this isn’t a new issue or an issue that’s particularly clear to understand, however it’s ramifications can be substantial. Luckily for Azukis, the floor price before and after the delisting debacle on Friday was relatively unmoved, dropping from just above 10ETH to just below 10ETH, and currently sitting at 9.97ETH at time of publication.
Nonetheless, it’s still been a substantial fall from grace for a once high-flying project. At one point earlier this year, the project had a daily average sale price just shy of 40ETH, but in recent months, some Azukis have sold for a fraction of that, at times logging daily average sales between 6ETH and 7ETH.
For updates and exclusive offers enter your email.
Taylor specializes in crypto activity across sports and entertainment. With nearly a decade of engagement with cryptocurrency, Taylor has spent several years working in talent representation with musicians, comedians, and speakers, and achieved a Sports Business MBA in 2020.
Bitcoin news portal providing breaking news, guides, price analysis about decentralized digital money & blockchain technology.
© 2021 Bitcoinist. All Rights Reserved.